What Is Ski Touring

What is ski touring?

Ski touring or ‘skinning’ is a challenging sport in which you first ascend the slope on skis before skiing down it. Before lifts, the only way to get up a mountain was to climb and hike. Today most of us use ski lifts, but you may have seen people walking up under their own effort. Or you may have seen people heading off into the ‘back country,’ not on the piste and under their own steam. They are ski touring.

Everest in the Alps is about ski touring and it’s more about the uphill than the downhill. It’s about the physical challenge and the exhilaration of meeting that challenge. When you ski tour the rewards are massive. Not only can the sport take you into parts of the mountain many will never see, but it will get you fit, really fit. And the downhill is so much more rewarding, knowing you earned it. 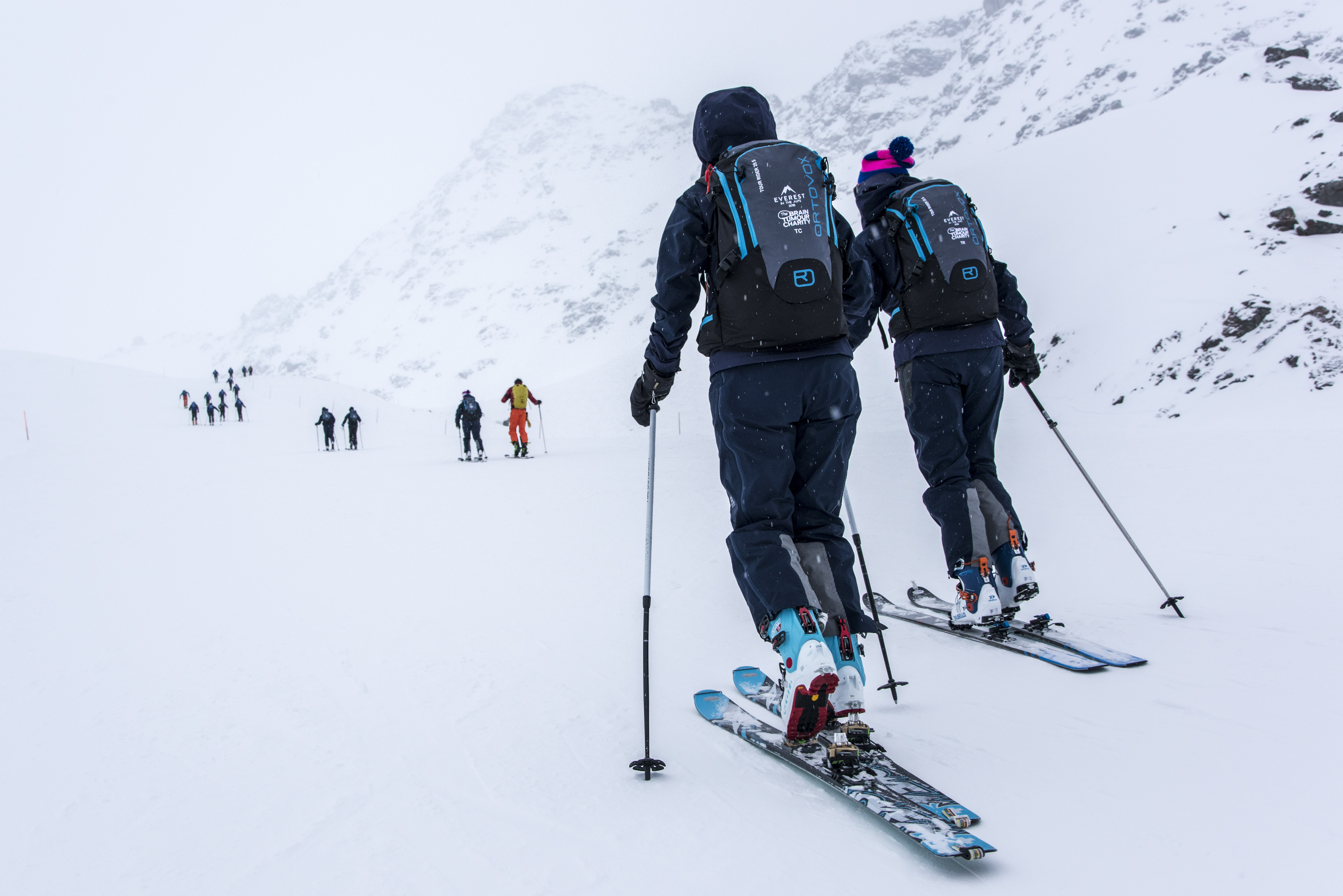 Every calorie burned, every blister earned

Ski touring emerged from off-piste skiing and ski mountaineering. The idea is to escape the crowds of recreational skiers and find the more remote parts of the mountain and the freshest snow. Now the sport is the fastest growing in Alpine skiing with more and more people looking to test their stamina and enjoy the uphill as well as the down. It’s tough, but it can also be addictive. The effort matched by the reward, the buzz of physical exertion combined with the kick of the downhill. All this amidst breath-taking isolation and with the freshest snow.

Unlike mountain hiking or climbing, the ascent is made while wearing skis. ‘Skins’ are attached to the bottom of the skis to provide grip, special ski bindings are added to allow free heel movement for a natural walking rhythm and ski boots are adapted to be lighter and more flexible. This kit combination allows you to move effortlessly up hill. It’s steady, it’s not a sprint but you are amazed how quickly you gain height. Suddenly you are above your village looking down and with that immediate sense of achievement. It’s enough to drive you on, to encourage you towards the summit. And when you get there the skins are removed, you lock down the boots and the bindings, and you are off. Downhill. 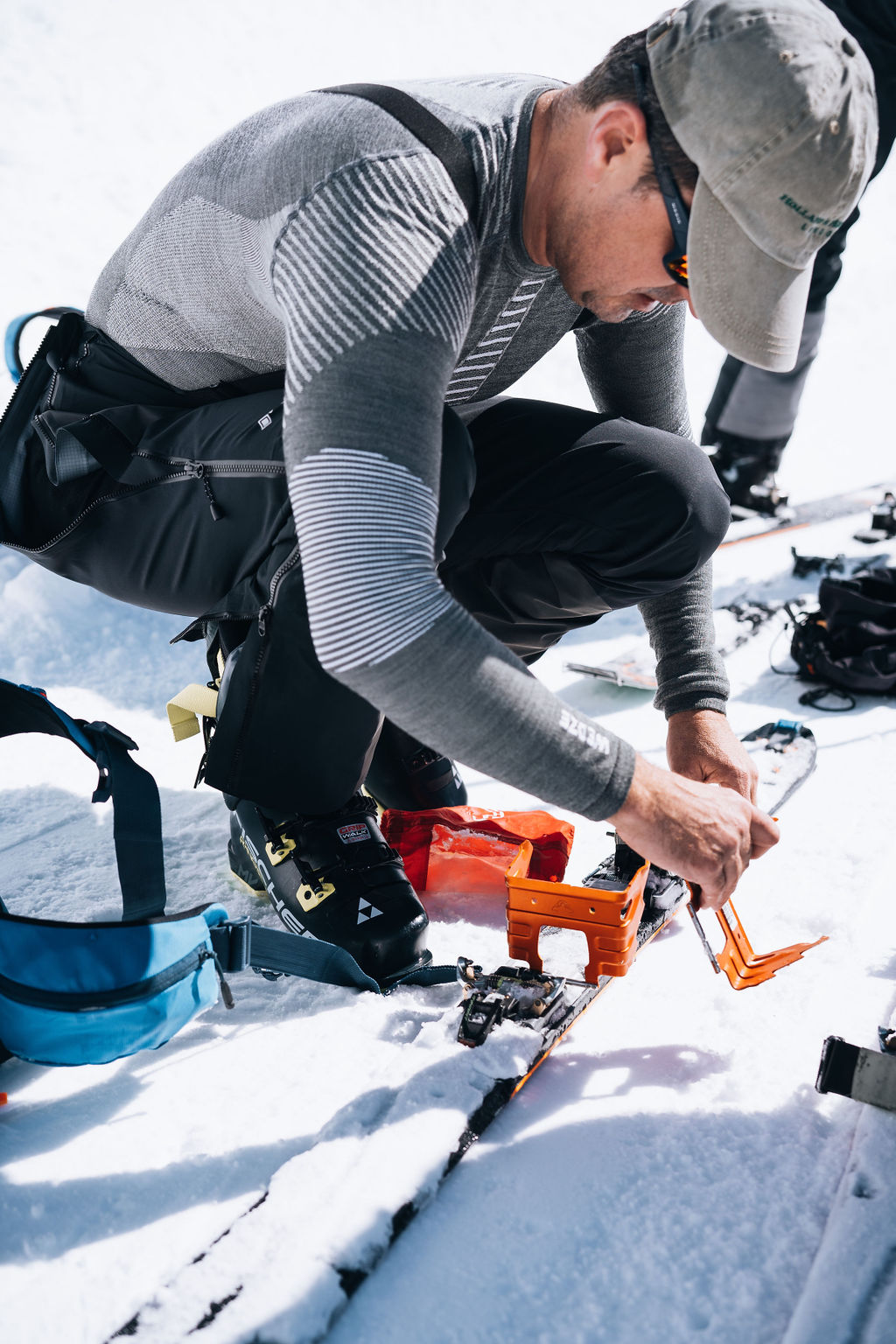 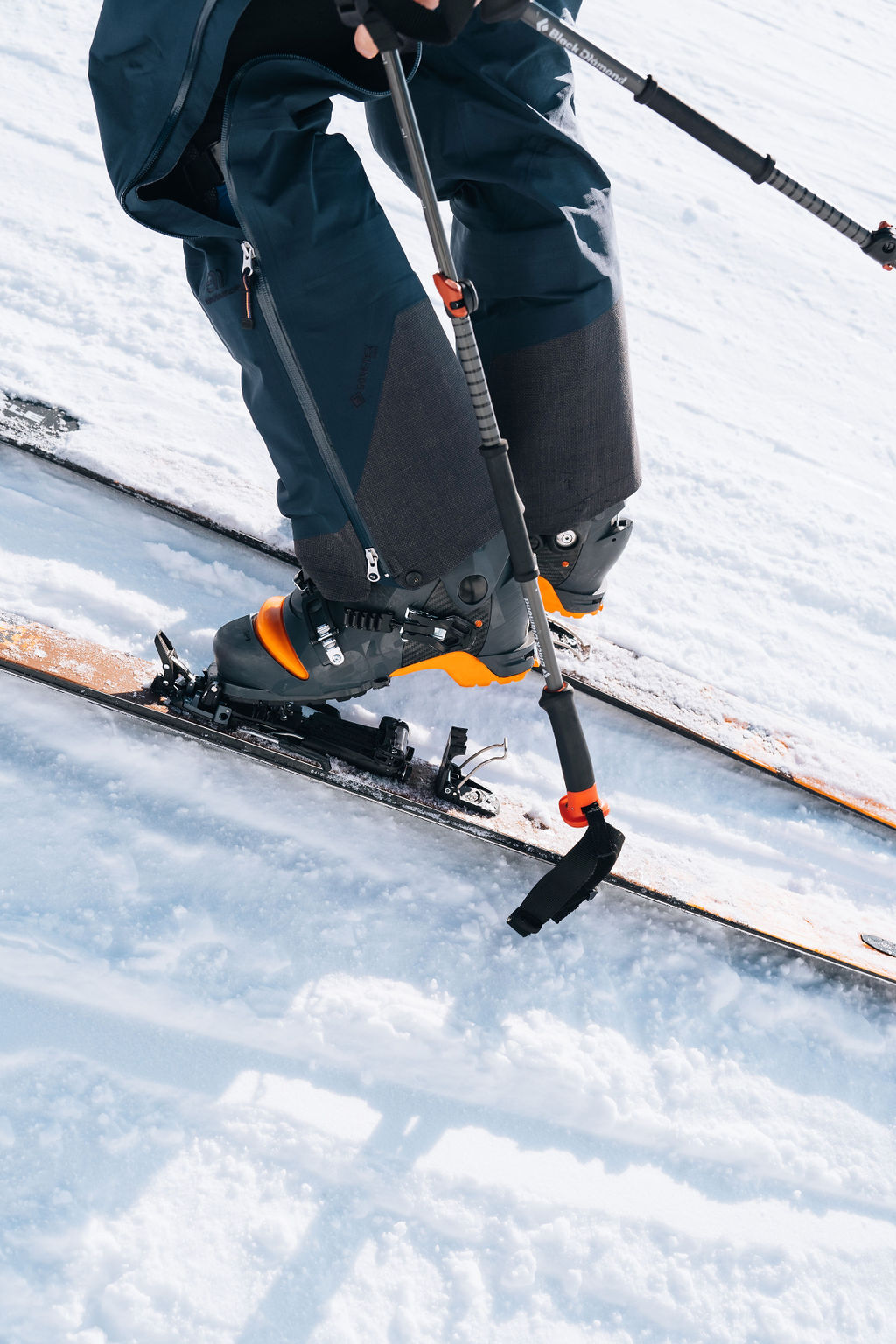 Why is ski touring growing in popularity?

Why has ski touring developed such a loyal and growing fan base in recent years?

Well why do people like running long distances or marathons? Why do people like cycling many miles or in the mountains? They love the challenge, the training, the conditioning, the achievement. They might like the solitude. They might like the camaraderie. But above all they enjoy the thrill of getting fit, of trying to reach their peak physical condition and then testing themselves. It’s the same for ski touring.

But to add to that there is so much more – it’s not just fitness. There’s the intimacy with the mountains, the freedom from the crowds, making fresh tracks, the remote and spectacular mountain huts, the nights in the mountains as nature sees them – magnificent and awe-inspiring. The list goes on.

If you love the mountains and want to get fit, ski touring could be for you. 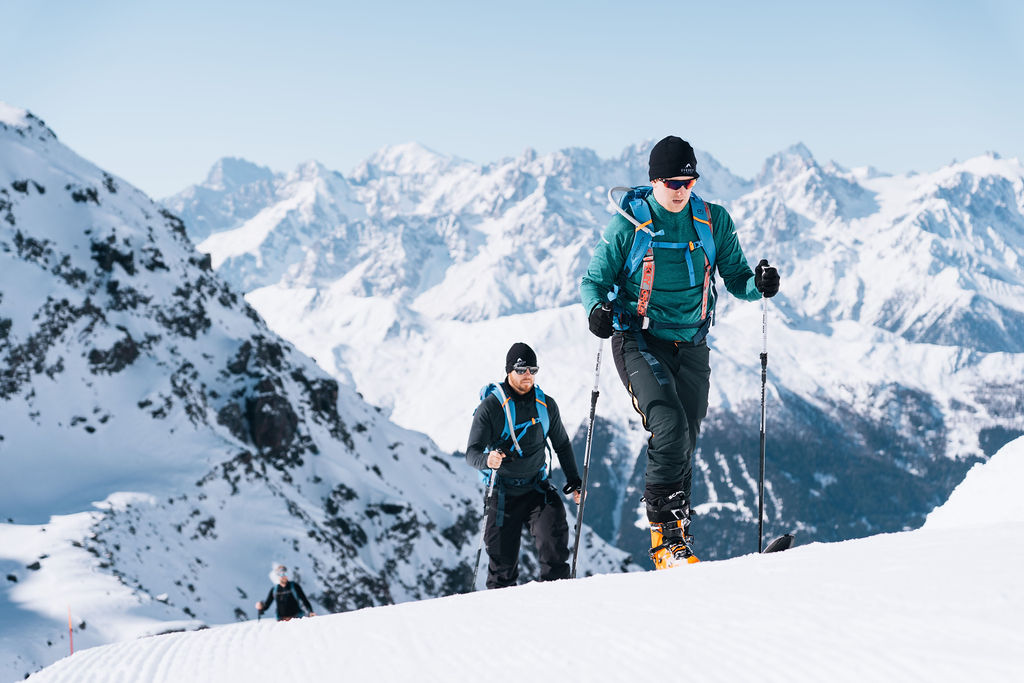