Everest in the Alps 2021 is filling up fast! With the next in our ‘meet the team’ series, we bring you Team Sāhasa. A group of 4 close friends, all busy professionals with young families, carving out time to train together over the next six months, with the goal of raising as much awareness and funds as possible for the Brain Tumour Charity and Parkinson’s UK.

Who is in Team Sāhasa?

Rupert: Rupert Elwes, a married father of four, living in Hampshire and working in Investment Management

Dominic: Dominic Ward. I am married with three kids and live in Hampshire. I am the CEO of Verne Global and also involved with a number of other young technology companies.

What is your inspiration for taking on such an epic challenge?

Rupert: The event was initially brought to my attention by local friends who undertook the challenge in 2019. Always up for a physical challenge I was keen to hear more and so met up with (founder) Rob Ritchie in London. On hearing his personal story and the challenges his family have endured as a result of their child having a brain tumour I was determined that this was something I wanted to do.

Harry: A variety of reasons prompted me to sign up – I love a challenge, have a passion for mountains and it’s an epic chance to raise money for charities that needs us. While pushing myself to the max, I plan to raise funds for Parkinson’s Disease. I have seen first-hand the impacts of this cruel illness. Raising money for Parkinson’s is a big motivator that inspired me to sign up to Everest in the Alps. On a more selfish level, I turn 40 this year and want to mark the occasion with a once in a lifetime arduous challenge that will take me to my peak physical and mental fitness.

Robert: Rupert was the initial driving force behind taking up this challenge. However, what has become evident over the course of the last few months is that all four of us are no more than 1 degree of separation from someone we know well who is either suffering with or has passed away from brain cancer or Parkinson’s. These illnesses are utterly indiscriminate in who they affect, and there is no greater inspiration than the stories of those who are battling them daily.

Dominic: This is indeed an epic challenge and most importantly it is for excellent causes. The Brain Tumour Charity and Parkinson’s UK are two amazing organisations that have huge impacts in their respective fields. The greater the challenge, the more incentive there is to work harder and hit our fundraising goals and there are few challenges as demanding as this one. From a personal perspective, friends of ours lost their 7 year old son last year after a 3 year battle with a brain tumour, so I could not imagine a better cause to support. 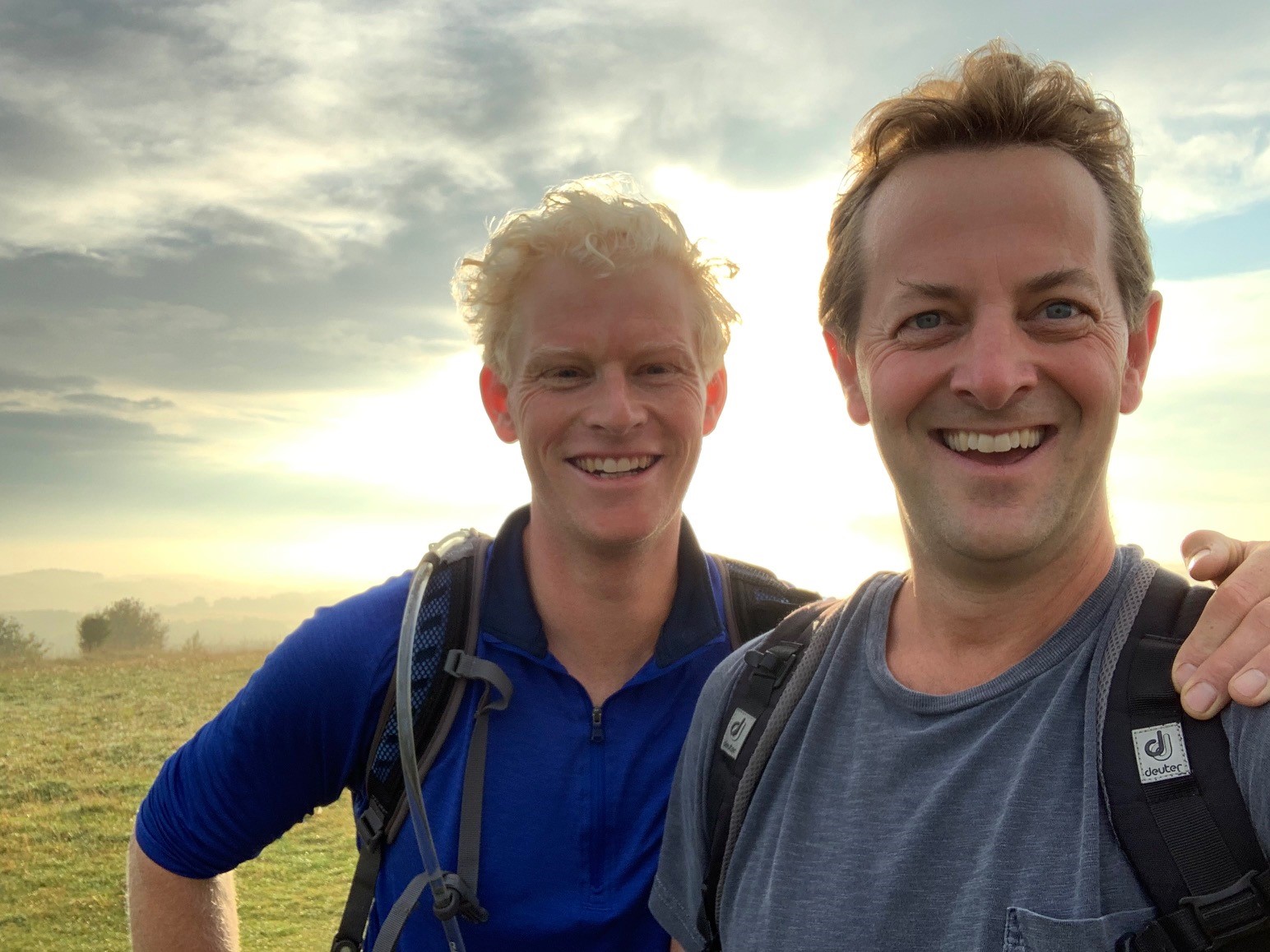 Why Everest in the Alps?

Rupert: As mentioned above, it was an event that was completed by friends in 2019. Acknowledging my advancing years I felt that Everest in the Alps was a tough, but achievable challenge. Anything involving water needed to be immediately discounted. However, I love the mountains and like the mental endurance aspect of Everest in the Alps (at least in theory).

Harry: For me, while the physical challenge and the mountains are hugely alluring, it is the team aspect that sets it apart from other endurance challenges. Both the training and the event itself should be a great bonding experience. Sharing the highs and lows with team mates will make it much more fun.

Robert: Having never cross-skied this is an excellent opportunity to get totally out of my comfort zone, and although this challenge pales into insignificance compared to actually summit Everest, it will pose a real test for me both physically and mentally.

Dominic: As a team we all know a few of the participants from last year’s challenge. Having completed the event, one of them sent us a message to suggest we took part this year. One of our team members was totally undaunted by the enormity of the challenge and quickly pulled our team together.

Rupert: I have never cross-skied so not really. The year I left school five friends and myself established a charity called One Step at a Time to raise money for our friend who was paralysed playing rugby. We walked from Murrayfield in Edinburgh, to Twickenham in London via Cardiff Arms Park. A few years later that same team then arrange a bicycle ride from London to Gibraltar. So nothing directly comparable but certainly challenges that have tested endurance and stamina. However, those were some time ago now.

Harry: A few marathons and triathlons but nothing on this endurance level.

Robert: My experience in the mountains is either walking (grudgingly) or skiing (downhill!) so this will be a first for me. I served in the Coldstream Guards for a number of years and we spent large amounts of time walking long distances, however, the golden rule then was never to go uphill if you didn’t absolutely need to… so this event runs counter to everything I know!

I ran the London Marathon years ago and up until recently I was a regular at the Tough Guy event held in January each year. Neither of these has presented the EIA challenge of consecutive days of lengthy endurance and the possibility of seriously inclement weather conditions though.

Dominic: Although I have taken part in a number of different sporting events, I have never done anything like this before. The endurance required over a four day period is massive and incomparable to anything I have tackled previously. This is by far the biggest endurance challenge I have embarked upon. 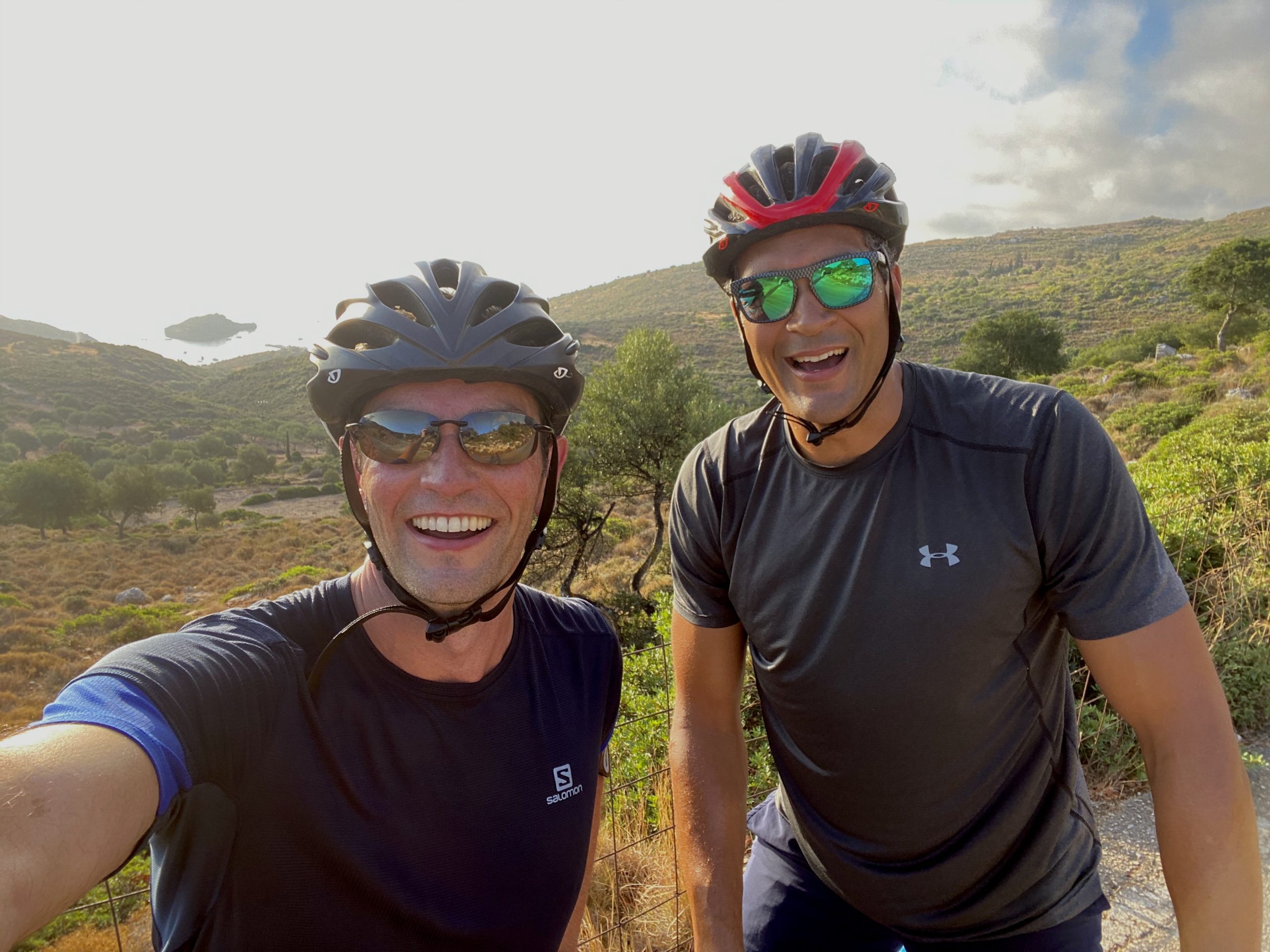 How are you tackling the training?

Rupert: Slowly – thankfully my team mates are supremely fit so I have learnt from them. I have started with strength and conditioning at this stage looking to build up leg muscles and the glutes. Having a history of dodgy knees this seems important prep work. We will then start some endurance exercises before planning a few weekends away to get some miles under our belt.

Harry: I am a keen runner, so I will slowly ramp up on distance. Hill walking, plenty of yoga and a lot of squats and lunges. Trying not to get injured will be critical, so training smart is key. Luckily my teammates are pretty smart, so I will copy them.

Robert: I have had some excellent advice from the EIA team and Martin Hewitt who runs the Adaptive Grandslam and with whom I had the privilege to be in a Platoon with at Sandhurst years ago. Slow and steady is working for me at the moment and although some of the longer endurance training we will do together as a team is a bit daunting, it has been great to have a real focus to improve my fitness. That said, I suspect that managing my inevitable injuries will be just as important as getting fitter.

Dominic: With six months to go, we are already in training and building our base fitness towards endurance. I am particularly looking forward to the training that we are going to do together as a team in the months ahead.

What are you most looking forward to?

Rupert: Undertaking the actual event with three great friends, getting us all over the line, feeling fit and raising a lot of money for Parkinsons and The Brain Tumour Charity.

Harry: Team camaraderie, getting super fit, the mountains and raising a decent amount of money for charity. Walking into the mountain hut each evening, hopefully in one piece, after relentless climbing for 10-12 hours with my teammates will be a mega feeling.

Robert: The team aspect to this really is the major draw. I am lucky enough to be with three superb individuals whose collective determination and good humour will get us all over the finish line.

Dominic: Finishing! But joking aside, it has already been a pleasure to work with the team in the planning process and the early stages of training. I am very excited about taking part in such an epic event with fantastic friends all for a wonderful cause.

What scares you about the event?

Rupert: Either letting my teammates down or the unpredictability of the weather. I would imagine four days of lovely weather will be far more palatable than four days of storms.

Harry: Juggling the amount of time needed for training alongside a young family and work; bad weather conditions on the mountain, getting cramp and blisters. Finally I would hate to let down my team, sponsors or charities.

Robert: Injury is what scares me the most, both major and minor. One has the ability to rob us of the chance to attend the event and the other has the potential to make the event absolute torture!!

Dominic: Day 3. I’ve heard it’s tough. After climbing half the height of Everest on skis for two days, you are only halfway there. That is going to be a tough day, but that is what the training is for and we will have the charities we are raising money for in our minds to push us on through those tough moments. 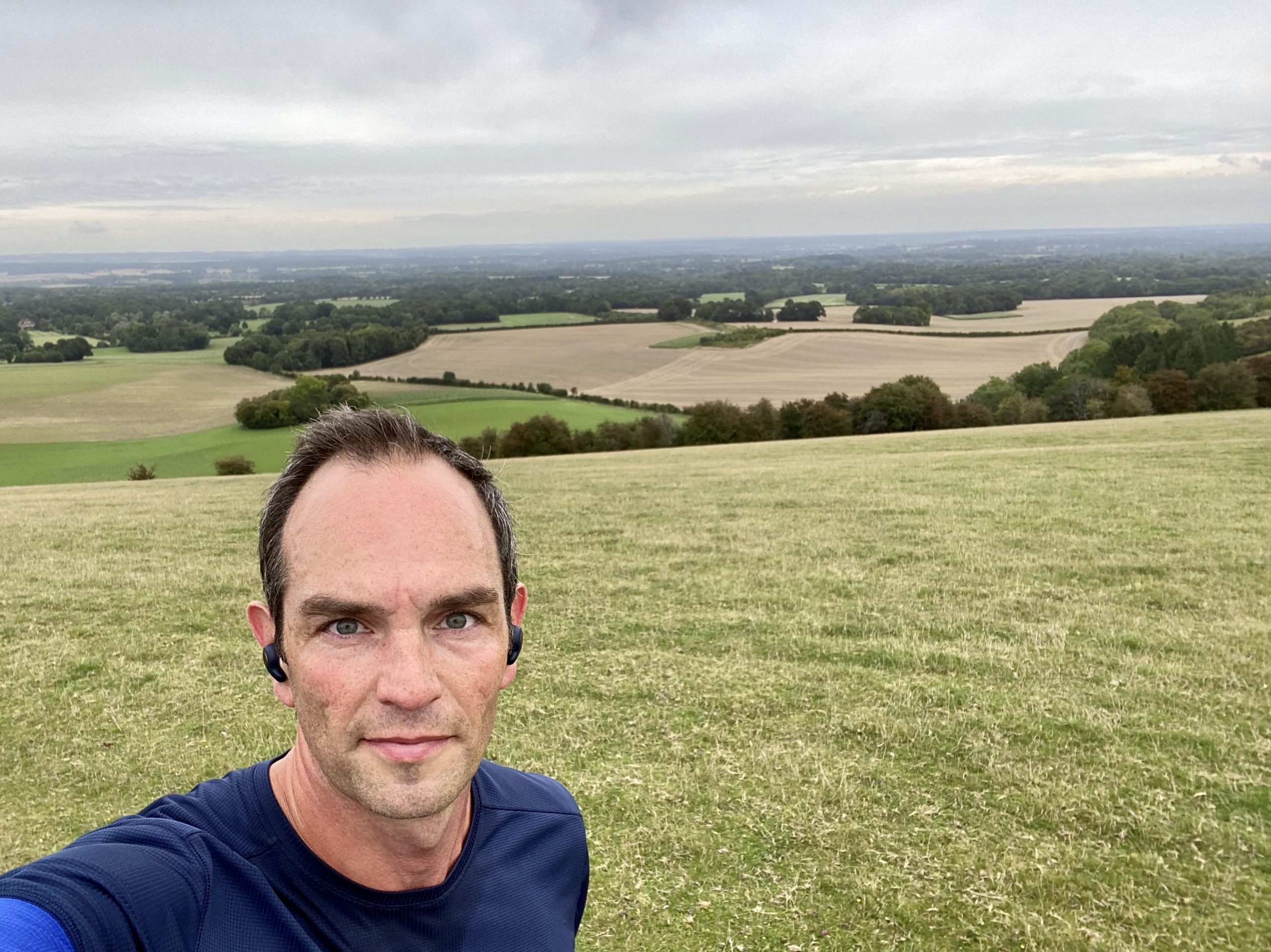 Show your support for the Brain Tumour Charity and Parkinson’s UK by donating via Team Sáhasa’s Virgin Money Page. 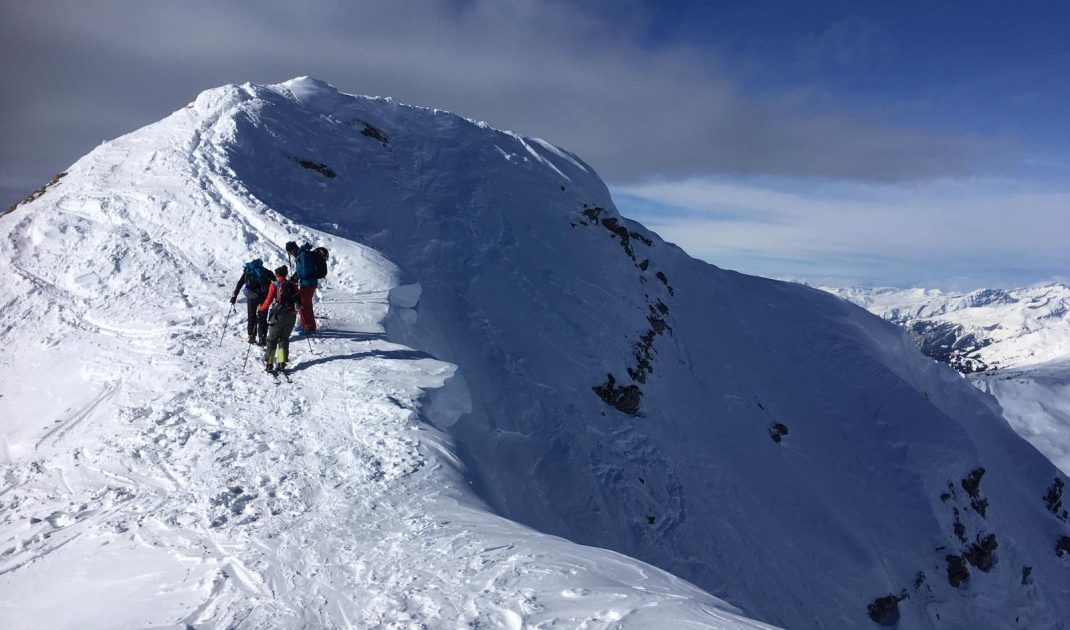 Welcome to the third and last installment in our ‘meet the team’ series. Here we meet Team Artemis (meaning Goddess of the Mountains). Four super fit mum’s from Hampshire that have been training hard for this challenge and are ready to give the men a run for their money! Meet ... 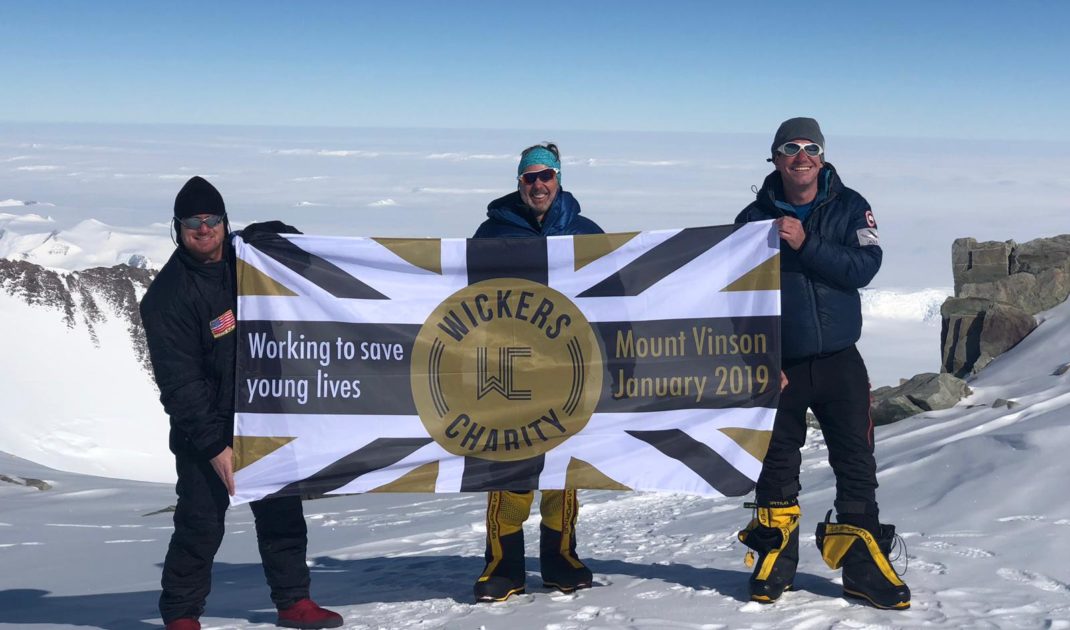 Meet Team Wickers. A group of four friends and colleagues, led by Henry Smith, founder of The Wickers Charity, all intent on raising as much money as possible to support youths in London to stay away from knife crime. All into their fitness and used to hard physical challenges.. but ...

Who are you? Aisling Bowman, Irish, Dublin born, living in the UK 30 years now. Based Aldeburgh, Suffolk. Wife to Rory, mother of 3 girls, former Olympian (Sailor – Seoul ’88 & Atlanta ’96) What’s your inspiration for taking on such an epic challenge? After spending time running after children ...