Who takes on the challenge of a lifetime… twice?!?

Here we catch up with Jeremy Hunter, one of the few to have completed this monumental ascent… twice!

Completing this challenge twice is a major accomplishment! Starting at the beginning, what initially led you to take on the challenge?

I have known the Ritchie Family for a long time and am honoured to be one of Toby’s Godfathers. When Rob mentioned the challenge in 2014, I knew it would test me to the limits physically (spending most of my time at a desk bound job and not doing that much strenuous regular exercise) but was delighted to have been accepted onto the team. I did start training 7 months before the challenge and was always nervous about the level of fitness required………I could certainly have done more fitness wise but completed the task which was a tremendous feeling, particularly for such a good cause. Toby’s determination and strength in spite of his plight were undoubtedly an inspiration for all of us on the team, as of course were Tanya and Rob’s determination to raise funds for The Brain Tumour Charity.

And how about the second time?

The second time was somewhat different as I formed a team (Team Smith and Williamson), but mentally I knew I could complete the 4 day challenge as long as I was fit enough. Second time with the experience of the previous trip, I had a better handle on the fund raising and how to get myself ready for the challenge. 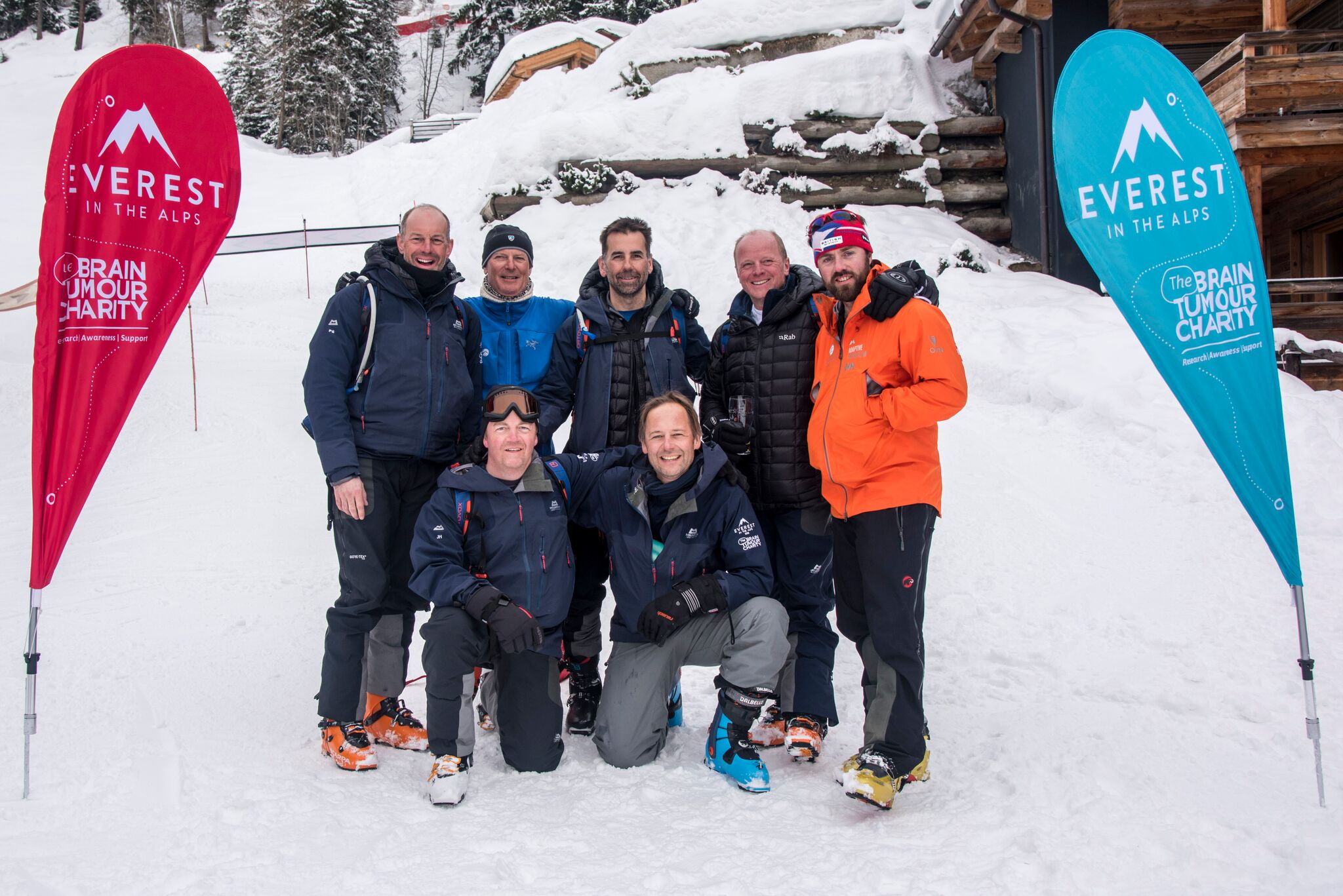 I certainly feel pleased to have tried my best to help with fund raising and supporting The Ritchies and The Brain Tumour Charity. I think I am also pleased to have accomplished the challenge both times.

How did you find the fundraising part of this challenge? I imagine you were pretty motivated.

Organisation and making time to ask people in the right way for them seemed to yield the best results. As it’s such a good cause, people were more than happy to support on the whole.

Did it take a lot of training to get mountain ready? Are you still maintaining some of that fitness?

Any tips on how to stay motivated to reach your peak fitness?

Combination of fear of failure and realisation that the pain of training is not comparable to the challenges faced by those with a Brain Tumour.

Had you ever ski toured before the first trip?

I had a morning ski tour practice with new ski boots the month before the EIA 2015. The boots did give me bad blisters over the 4 days (although not as bad as some in the team)…..I would have liked to have worn them in better.

What was it like sleeping on the mountain in basic huts? Did it add to the experience?

It did although in EIA 2015 we “slept” our final night in the mountains at a higher altitude than the first two nights. I was exhausted but still didn’t sleep much at all due to the altitude. Otherwise a good bonding experience and lots of laughs with the team this year! Comfortable, it isn’t !

The temperature was pretty extreme this year. How did you cope with the cold?

I was cold but I was fairly well prepared. I would advise long johns to myself if repeating Beast from the East temperatures……….that was an error of judgement on my part !

Could you share some of the emotions you experienced throughout these events? I can imagine it was a roller coaster!

Trepidation, nervousness, blind panic, determination, enthusiasm, more blind panic, exhaustion, elation, and proud of not just myself but mainly and deservedly Rob and the people behind the trips and of course my Godson Toby.

Have you caught the adventure bug now? Any more challenges on the horizon?

Not currently planned but I would certainly be more enthusiastic to take on another challenge if as well organised as EIA has been. 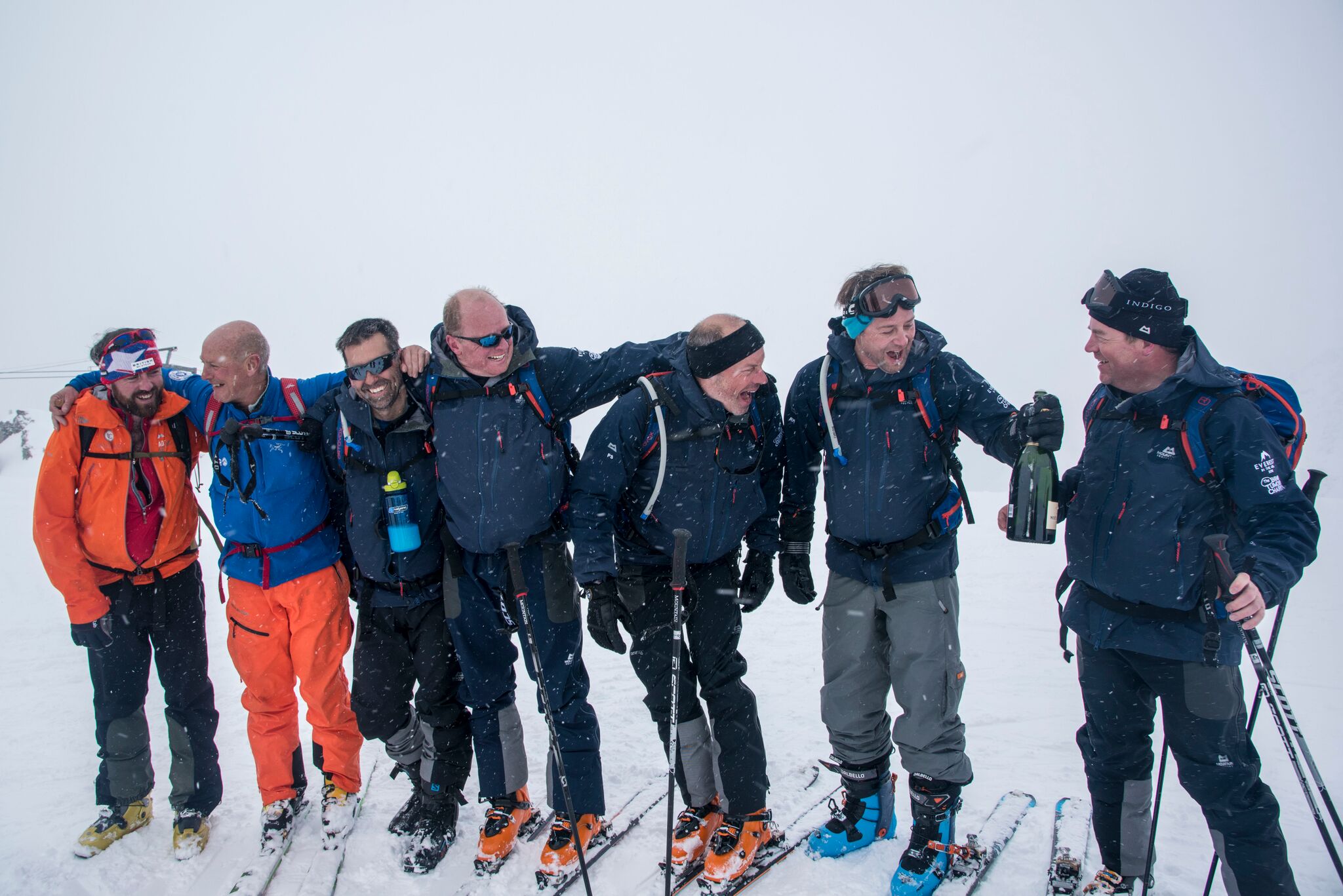 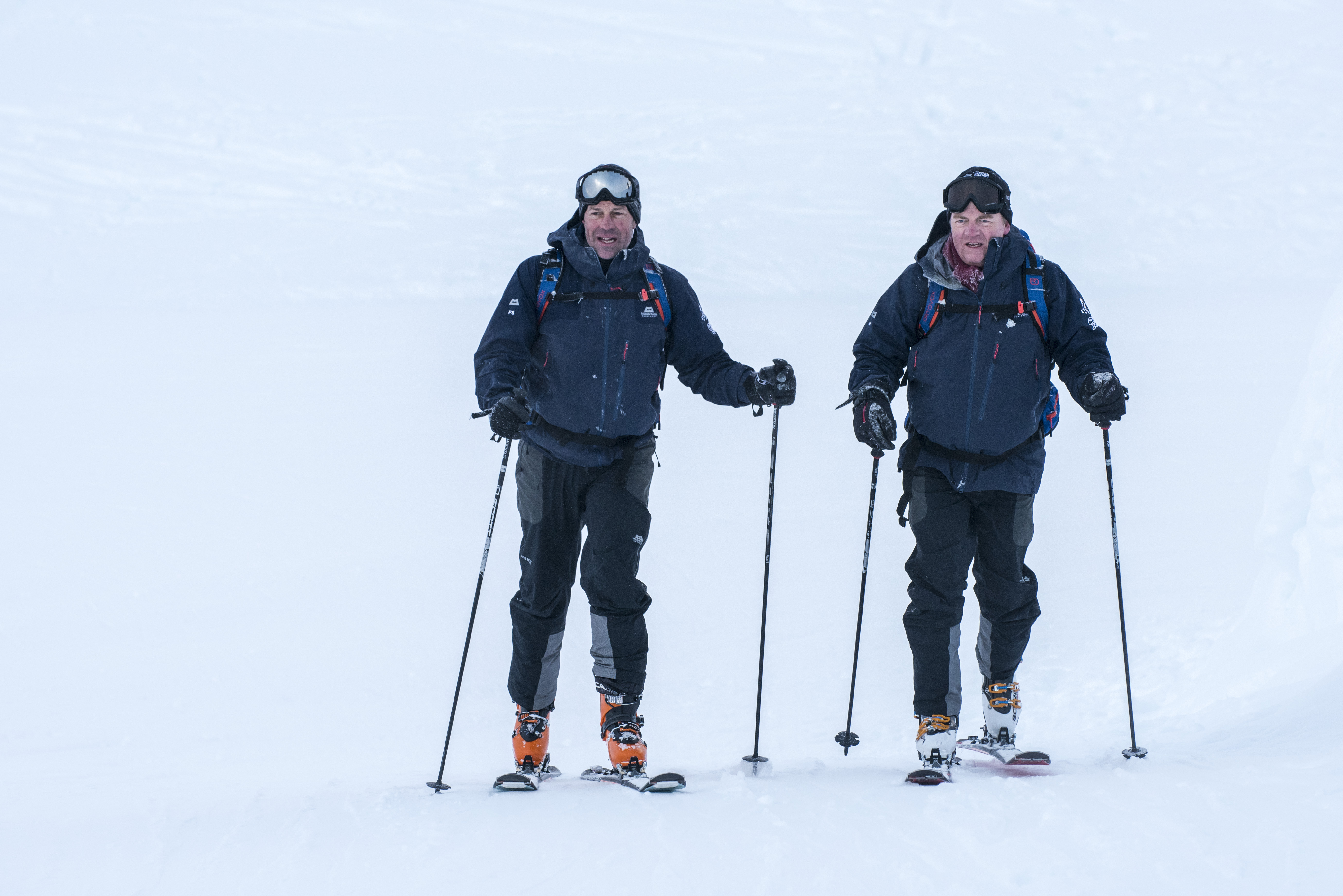 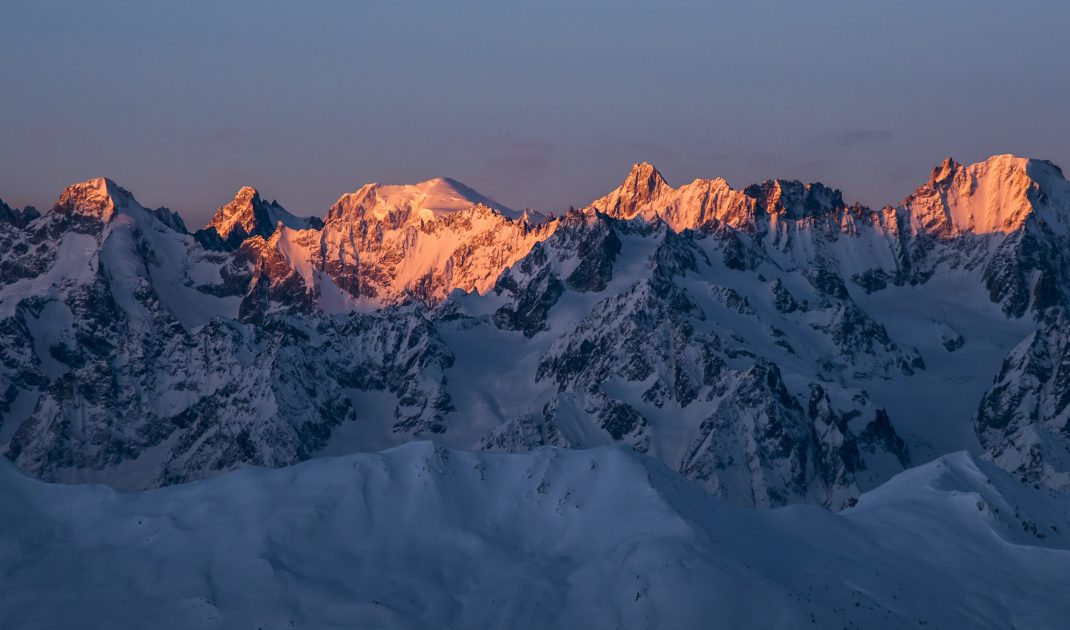 Stepping into the unknown

A conversation with one of the original EIA team members. In 2015, a team of 14 set off on our first Everest in the Alps challenge: to ascend 8,848 metres – the height of Everest – on skis, over four days in the Alps. It was the ultimate ski touring ... 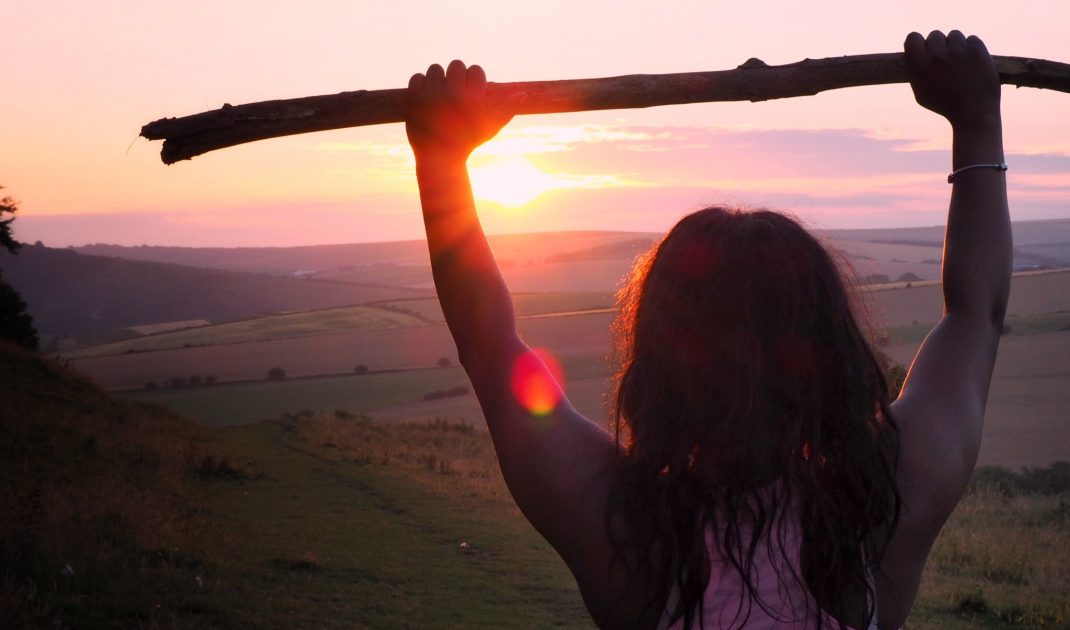 How to stay fit… Ideas for your next challenge.

By Becky Scott of RS Performance Training Leading up to big events participants dedicate their lives to the training, refueling and recovery process. Once the event has been completed and celebrated it can be hard to know what to do next. It’s great to have more time to spend with ... 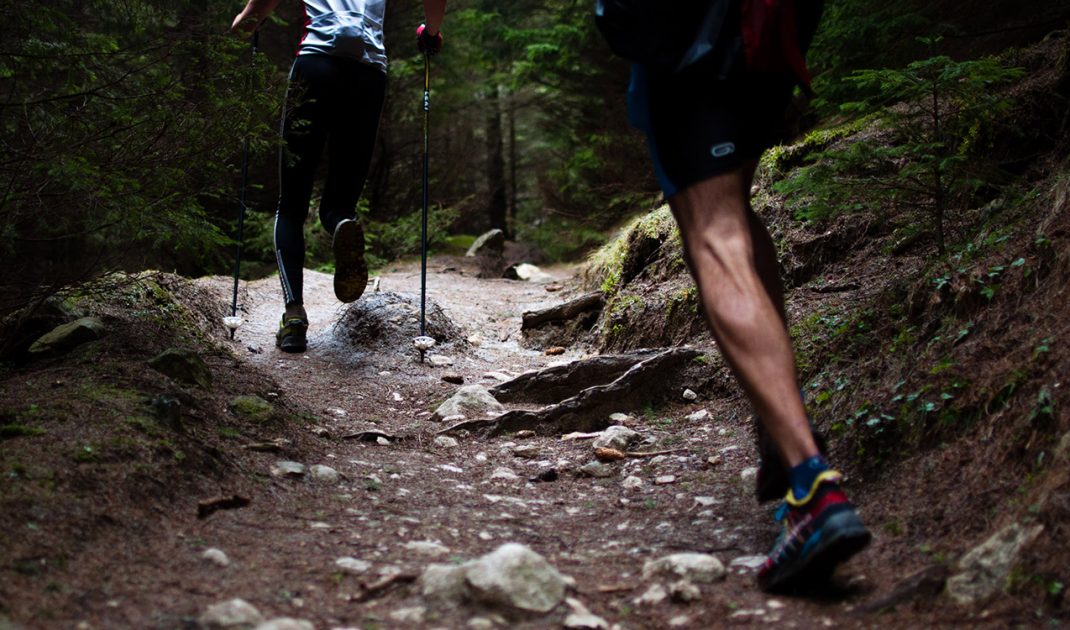 How to train for an endurance challenge

Meet Shaun Brooking: Shaun Brooking has an Honours degree in Sports and Exercise Science and further certification in neural performance training. He works with endurance athletes, and what he calls the ‘office athlete’. Everyone who uses their body, is an athlete. He enables clients to connect with their bodies and ...